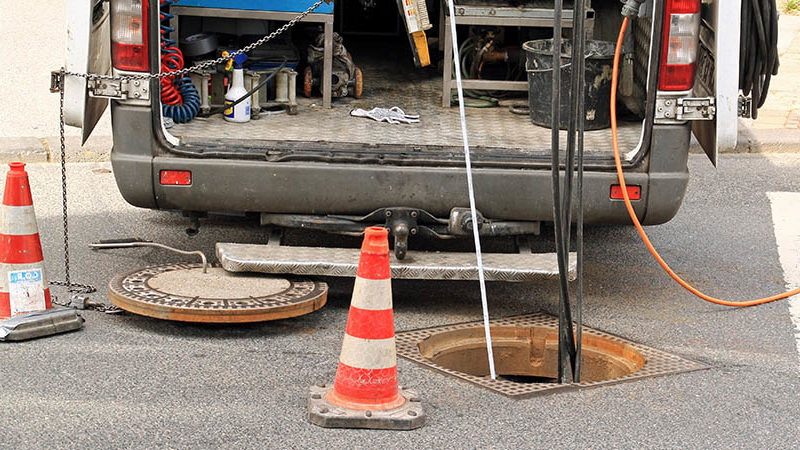 Are the drains in your house been clogged by grease, soap, hair or food? Well, drain cleaning services should be your way to go then. They have a special method for cleaning your drains and sewers called hydro jetting.

What is Hydro Jetting?

Hydro jetting is a process which is used to clean or open up the clogged drain pipes using a machine which consists of high-pressure hose along with a nozzle through which water with high pressure enters the clogged pipe and removes all the dirt, grease or anything that is causing the obstruction. Hydro jet is so powerful that even the tree roots can be broken by it.

To perform this procedure, you would have to call over professionals from the drain cleaning services in order to get your issue resolved perfectly. This is how hydro jetting works:

Before starting to thrust the water into the pipes, the plumber from sewer cleaning services would inspect the sewer or pipelines with the help of a camera to determine if the problem is with the pipeline or not in other words, if they are broken or damaged from somewhere or not. If no issue with the pipes has been observed, the plumber would start finding out the area that has been clogged and how much it has been clogged. If there is a complete obstruction in the sewer line then mechanical rooting would have to be done first in order to reinstate the flow and make the line visible on camera.

After the inspection of the lines, once the correct area of the issue has been found out the plumber would use the hydro jet to finally clean the choked pipes. The cleaning head and the hose would be inserted into the pipeline. The hydro jet can release pressure of around 7000 PSI to 60,000 PSI. After the proper insertion of the cleaning head and the hose, water would be allowed to pass through the pipes into the drain. This would be repeated several times to appositely drain out the blockages and clean up the pipes from obstructions.

Hydro jetting is one of the most efficient ways of cleaning the sewer lines of your house and has many benefits. Here are some of the top advantages of the hydro jetting method;

One of the main benefits of getting your lines unclogged by the professionals hired from sewer cleaning services NY is that they are efficient in performing their work. Moreover, the hydro jet machine which they use not just unclogs the pipes but also cleans them completely from every sort of dirt, silt, soap, food, grease and even the roots in the drains. Hydro jetting can be done on any drain pipes in your house including; laundry line, floor drains, kitchen drains, showers, bathroom sinks or tubs.

Another big benefit of hydro jetting is that your yard doesn’t need to get dug up and the cleaning is done deeply as well. The pressure of water is so high that it cleans the sewer lines from multiple angles and much deeper. It is extremely useful when it comes to clean up the pipes that are corroded or else you would have to break or damage those pipes if there was no hydro jetting procedure available.

Because of the extreme pressure of water, along with the dirt, grease, and other stuff, the bacteria that has been stuck in the pipes is always taken away. Some of the pipes might also have a bad odor which can be due to bacteria settled in them. However, this issue can also be resolved once the bacteria goes away from the pipes.

Call over professionals from sewer cleaning services and get rid of the clogged pipes and drains in your house.

What are the party rental accessories you can rent?

All the HVAC basics for dummies

HVAC is an abbreviation for heating, ventilation, and air conditioning. This is a widely used…